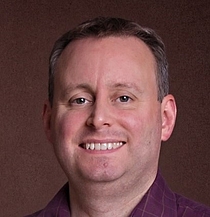 Sobre mimI was born in 1970 in Lincolnshire, UK to an English father and a Scottish mother and grew up as a child of the Royal Air Force. Moving house every few years with my parents (and later on brother) was the norm and began when I was four months old.
I lived on several RAF bases in the UK and Germany, and there was a time when I had spent more of my life in Germany than I had the UK.
My early years in continental Europe meant family holidays immersed in the bewitching beauty of Bavaria, the Swiss and Austrian Alps. These locations inspire some settings and even events in my stories.

Today, I live in Hampshire, UK with my wife and three boys just a few miles from where Jane Austen wrote many of her works. As a teenager, I had two great passions: computer programming and fantasy stories.
In October 2013, having worked in the IT industry since 1991, I decided the time to realise my long-held ambition to write a fantasy story was long overdue. My debut story, The General’s Legacy, is the result of combining everything I have learned so far about creating fast paced dramatic stories, combined with what my imagination has been brewing for twenty-eight years.

If you would like to know more about me, why I wrote a fantasy story, and my writer’s journey I recommend reading the following interview I did with science fiction author and blogger Alexander M Zoltai – one of the earliest and most enthusiastic readers of The General’s Legacy:
Notes from An Alien Author Interview – Adrian G Hilder
In the interview, I talk about how I create drama in a story and some of the inspiration that goes into them.

You can try my first book by grabbing a free copy at https://adrianhilder.com

Sobre a minha bibliotecaI am the author of these books.