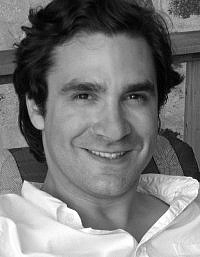 Sobre mimI was born in the United States, grew up in Australia—blessed land of Mad Max and “shrimps on the barbie"—and educated (to the best of my abilities) in Britain. After that, I moved to Canada, became what was known in the pre-Internet era as a “newspaperman,” and eventually transferred to Washington, D.C. Now based in New York, I am what is currently known as an “author.”

My writing has appeared in, among other places, the New York Observer, National Review, the CIA journal Studies in Intelligence, the Washington Post, the New Republic Online, The National Interest, and the Daily Telegraph. I’m a member of the United States Commission on Military History, the Society for Military History, and the Royal Historical Society, as well as a Fellow of the Royal Society of Arts.

My latest book is AMERICAN RIFLE: A BIOGRAPHY.

If you're a member of a Reading Group and would like to talk, feel free to let me know via email.