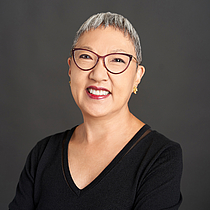 Sobre mimEugenia Kim is the daughter of Korean immigrant parents who came to America shortly after the Pacific War. She has published short stories and essays in journals and anthologies, including [Echoes Upon Echoes: New Korean American Writings], and is an MFA graduate from Bennington College. THE CALLIGRAPHER'S DAUGHTER, her first novel, won the 2009 Borders Original Voices Award, and is a Washington Post Best Book of 2009. Her second novel, THE KINSHIP OF SECRETS, was published November 2018 by Houghton Mifflin Harcourt, and was a Library Reads pick, received a starred review from Booklist (audio and hardcover), and was an Amazon Best Book of the Month, Literary Fiction.