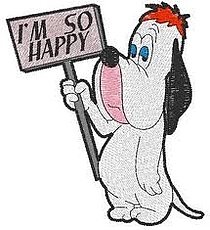 Sobre mimBorn, raised and resident in north London, I'm the holder of an undergraduate degree in American Studies, which explains the bias of my library.

I was for 17 years a wage slave in the Head Office of the corporate behemoth that is Tesco, the UK supermarket where every little helps, apparently. I decided they'd had enough help from me and in September 2010 returned to college to study for an MSc in Library Science at City University London. I knew I'd picked the right course when I discovered that my professors were also on Library Thing!

I live with my wife, stepdaughter, cat and groaning bookshelves and a similarly large number of CDs, rueing the day the latter turned into silver beermats. I also follow cricket (Middlesex are my team), go to gigs, theatre and cinema as much as my bank balance will allow, kid myself I'm a wine connoisseur rather than a drunk and spend the gaps between London book shop visits in the city's art galleries and museums.

Sobre a minha bibliotecaThe scary thing about this list is how big my "To Be Read" pile is - about 20 years' worth at the speed I read. Not all these books are still on the shelf; the list tries to capture everything I've read, even if it has then gone to the charity shop, as well as what I have on the shelves to read. The biases are towards the USA, literary fiction, crime, politics, science fiction and cricket.