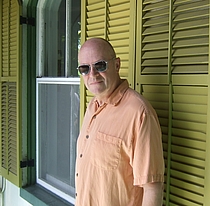 Sobre mimI am interested in the history and origins of ideas and texts. I am an Epicurean in philosophy and taste. I was the Director of the Roy Hart International Arts Centre from December 2005 to February 2011, which is located at the Château de Malérargues in the Cévennes mountains on the southern edge of France's Massif Central. While Director, I acquired several interesting libraries and book collections for the Centre, the most notable being the library of Christopher Wicking. I also used to be the Director of the Eranos Foundation (2000-2002) in Ascona, Switzerland and oversaw the creation of an annotated bibliography of their unique library collections from 1998 to 2002. I also worked for many years as an editor and publisher (1988-2001) with Spring Publications and was the founder (along with James Hillman and Julia Hillman) of Spring Audio (1991) and Spring Journal Books (1997 with Charles Boer) and was the editor of the Eranos Yearbook (1992-1999). A graduate of Woodstock Academy in Woodstock, Connecticut, I have been further educated at the University of Connecticut (B.A. 1979 and M.A. 1989), West Point (1975-77), the University of Dallas (1980), Université de Rouen (1985-86), and the University of London (summer 1974).
Growing up in a rural, relatively isolated and poor community (Woodstock) in the northeastern part of Connecticut, early on I developed a craving for reading and writing. And there was a rural community library, the North Woodstock Library, which was only a three mile walk from my home where I could borrow almost any book I wanted via the State interlibrary loan system. It had a superb librarian, Mrs. Kelly, who encouraged me in reading everything. As a result I have poured much of my life into editing and writing work and most of my talent into reading and a desire for books.
I speak English, French, and Italian and also read and translate Latin and some German and Spanish and am familiar with Swedish.
I also collect Haitian, African, New Guinean, and contemporary art, and play a good game of raquetball (or badminton or tennis if I can find someone to play). I also love to eat and drink well, so for me France was not the worst place to have lived. Until recently I lived in Woodstock in the house I was raised in on a farm my great-grandfather, Joseph Livernois, bought in 1916. I moved in 2018 to a 300 year old house in Pomfret, Connecticut. For me and my wife, it is a place of books, art, good meals, and wine. With this in body and soul, and not employable in any educational institution today, my French wife and I opened a French restaurant in 2013, The Metro Bistrot, in the neighboring town of Southbridge, Massachusetts.

Sobre a minha bibliotecaI now have consolidated two libraries in Connecticut of close to 5000 volumes and manuscripts, many of unique provenance, from years in publishing, academia, and having been connected with an unusual group of international writers and thinkers especially in the fields of psychoanalysis, mythology, poetry, and theatre. Plus I have another collection of books in France.
Besides laboring in the bookshelves at Eranos, and before that working for about 15 years in publishing for James Hillman's Spring Publications, and then with Charles Boer editing the Spring Journal, and then with Nancy Cater, the Roy Hart Centre had a growing library and archives, which was enhanced by a generous donation from the English theatre director, Lily Susan Todd, of the collection of Christopher Wicking (a horror movie expert, screenwriter, and director), her late husband. I helped organize this collection at Malérargues, but sadly, the Centre has essentially become, with a change of leadership on its board, an off season housing project and summer vacation place for tax-cheating dilettantes and neurotics in theatre and "the arts".

GruposA Pearl of Wisdom and Enlightenment, Ancient History, Books that made me think, Children's Literature, Freemasonry, History at 30,000 feet: The Big Picture, Reading Globally, The Chapel of the Abyss, The Hellfire Club