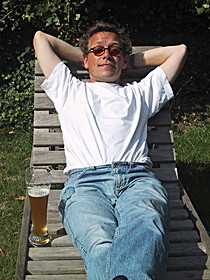 Sobre mimGeorg Miggel's litigation practice focuses predominantly on construction issues and matters in the area of professional negligence. He represents both German and international construction companies in matters before the state courts and in arbitration. In the malpractice area, Georg primarily represents insurance companies that provide coverage for attorneys and public notaries in dispute matters involving former clients. After passing the Second State Exam in Law in 1987, Georg became an associate in the Berlin office of one of the leading German law firms. He became a junior partner in 1989, and an equity partner in 1992. He went on to lead the Litigation Department for the office.
From 1984 to 1987, Georg spent his required internship at the civil and criminal courts of the Berlin administration working on cultural matters and also worked in law firms in Berlin and Lyon, France. In 2000 Georg became a civil law notary. He lives with his wife and three children in Berlin.