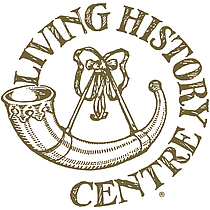 Sobre mimThe Living History Centre was originally founded as the Renaissance Centre in 1968. It changed its name in 1970 when it began to work with multiple historical periods. The centre's mission is: "To perpetuate interest in and involvement with, the handcrafts, humanities, performing arts, and festivals of the past through the practice of Living History educational and performance techniques." The Centre's library is open by appointment via email request (see website).

Sobre a minha bibliotecaThis library was created as a research library for the original Renaissance Pleasure Faires and The Great Dickens Christmas Fairs. The Living History Centre, (formerly the Renaissance Centre) founders Ron and Phyllis Patterson worked with Bay Area book sellers and individuals in the 1960s and 70s to begin assembling a collection of books specifically focused on the Elizabethan and Victorian time periods with a special emphasis on daily life, theatre, and folklore. The collection expanded into California history when the Centre began creating programs focused on this time period as well. It was originally housed in San Francisco at the Centre's offices on Clay Street, and then moved to Novato California when the Centre's offices moved to the Renaissance Faire site at Blackpoint Forest. When this location was lost, the library was housed at the Falkirk Center in San Rafael in the late 1990s, and then was without a home until 2017 when it was moved to its current location in Novato Ca.