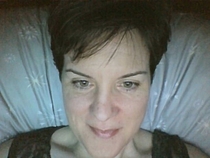 Sobre mimPlease note: I only write reviews for books for which I would give a three out of five star rating or better. I do share comments with the authors or publishers directly.

I have been studying, teaching, or working in English Literature and in Theater productions since the late 1980s. I achieved a thorough education in the Western Canon, Literary Theory, Philosophy, Cultural Studies, and minority “outside-the-canon” fiction and theory from several of the finest schools in the US. I was a research assistant to Professor Fradenburg while still an undergraduate. Her focus was the role of mourning and confession in courtly love. Popular critics used at that time were Lacan, Zizek, Foucault, Jameson, and others similar to them; the traditional critics had fallen out of favor, so I studied the Modernists on my own. My honors thesis compared Chaucer’s “Knight’s Tale” and Scott’s “Blade Runner” in the worlds of courtly love and postmodern theory. In addition to my degree, I was within credits of minors in History, Education, French, and Theater (I was a dual major in English and Theater for most of my university years). I chose to not finish those programs due to the cost of a university education. It was time to get a job.

I also worked as a teaching assistant for both High School honors English classes and Middle School “Special Education” classes. I was a journalist for a brief while during university, focusing on local and national politics. I worked in the theater for many years, as a director, actor, producer, and crew member. Some productions were student, some were semi-professional (non-union). Many of my former colleagues continued on to make a living at this craft; I opted out deciding that I preferred books to rehearsal schedules.

In my other professional life, I worked in quality assurance, training, change control, operations, and project management in the biotech industry. I also took a peek at law school – but quit after five months.