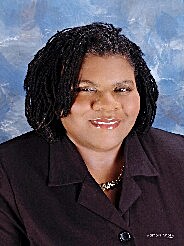 Sobre mimAngela Benson is the author of nine novels, one novella, and a nonfiction writing book. Her books have appeared on regional and local bestseller lists, and she has won several writing awards, including Best Multicultural Romance from Romantic Times magazine, and Best Contemporary Ethnic Romance from Affaire de Coeur magazine. She was a finalist for the 2000 Romantic Times Lifetime Achievement Award in Multicultural Romance.

Awakening Mercy, the first book in her Genesis House series from Tyndale House Publishers, represented a change in career direction for Angela. "This book is close to my heart," Angela says. "First, because I consider it an honor to write for the Christian market. Second, in many ways, CeCe's story—about living with the consequences of our bad choices, and finding forgiveness—is my story, too." Awakening Mercy was a finalist for the RITA Award given by Romance Writers of America (RWA) and the Christy Award given by the Christian Booksellers Association (CBA). The second book in the Genesis House series, Abiding Hope, was published in September 2001. Abiding Hope was awarded the 2002 Emma Award presented by the Romance Slam Jam. The third book, Enduring Love, is not yet scheduled. BET Books, now Harlequin's Kimani Press, purchased the mass market rights to Awakening Mercy and Abiding Hope in 2000 and released mass market editions of the titles in June 2002 and June 2003, respectively.

Angela's first hardcover title, The Amen Sisters, was released in September 2005 by Walk Worthy Press. The Essence bestseller is now in its third printing. In addition to being named a main selection of the Black Expressions Book Club, The Amen Sisters was awarded the 2005 Emma Award for Favorite Inspirational Romance.

Sobre a minha bibliotecaYou'll probably have better luck making your way through my library by using the tags. Just click on the words "see all tags" above and you'll see the full list. Each tag represents a category of books. Find the category that interests you and take a look. I have well over a thousand books so I'll be updating this library for a while yet.