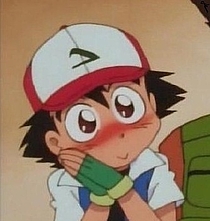 Sobre mimI'm a fine arts student who literally spends all of her money on books. I've been really big on any form of escapism since I was younger so I've been devouring books since I could formulate sentences, playing video games since I could hold a controller and I can't count the hours I've wasted watching anime.
My main unwavering and undying loves and vices have been Pokemon, Final Fantasy/Kingdom Hearts, Shin Megami ANYTHING, Inuyasha, Bleach, Studio Ghibli, Harvest Moon/Rune Factory, Tales of ANYTHING and Black Butler. I know that some of those choices are heavily influenced by nostalgia shades - but its okay. ( ... I hope...)
I'm a pagan, specifically an Odinist/Asatru/whatever the correct term is for it. It's really hard to explain but I hold a lot of the Odinistic beliefs and I just throw in some tarot and crystals and I kind of do whatever I feel is right.
I've lived on the island of Newfoundland for most of my life which is on the very eastern edge of North America - still considered a part of Canada. It's pretty and cold and there's tons of space for me to do my own thing- which I greatly appreciate.
Unicorns and wolves tend to be like my trademarks.
I drink so much tea it should be a crime. (Earl Grey, please.)
I play tabletop RPGs on a regular basis (I'm one of the only DMs in my town) and I play Magic, Pokemon, Hearthstone and Yu-Gi-Oh tcg(s).
If any of that interests you then feel free to hit me up, I love making friends with similar interests - especially since my town is so small its hard to find anyone who knows remotely anything about the things I choose to know about.
Thanks for taking the time to read this (you're crazy if you do). Have a wonderful rest of your day, and Blessed Be.

You can also find me on instagram: madisonmariebennett and you can view my dvd collection (mostly anime) on www.dvdcorral.com/users/arcanine. My steam is SenpaiArcanine and my PSN is Uselessfoal.

Sobre a minha bibliotecaI collect an assortment of books, ranging from visual encyclopedias for art inspiration, to comic books, and any other novels that catch my eye. I primarily collect manga (horde would probably be the better term) and I gravitate heavily towards fantasy, romance, and the supernatural.

I've been on a bout recently where I've been getting back into Fantasy novels, so if anyone can recommend any titles that would be lovely.