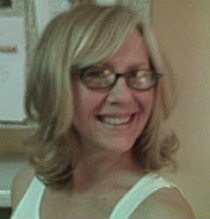 Sobre mimLillian Ann Slugocki has created an award-winning body of work on women and sexuality, including fiction, non-fiction, plays, and monologues that have appeared Off-Broadway, on NPR and WBAI radio, and online at Salon.com. Her work has been reviewed in The New York Times, The Village Voice, Art in America, The New Yorker, The Daily News, The New York Post, Time Out, The Guardian, The Daily Telegraph, The London Sunday Times, and her blog The Velvet Chamber, reframing the female narrative through myth and fairy-tale, was recently profiled on Jezebel.com. Her short erotic fiction has been published by Seal Press, Cleis Press, Heinemann Press, American Theatre magazine and fictionaut.com, and Beatrice.com among others. and her award-winning anthology, The Erotica Project, written in collaboration with Erin Cressida Wilson, was produced Off-Broadway at Joe’s Pub/The New York Shakespeare Festival, and later staged in San Francisco, Seattle, Charlottesville, and London. Lillian has also written on arts and culture for The City Room at nytimes.com, USAtoday.com , The Brooklyn Heights Blog and Dumbo NYC. She holds an MA in feminist theory from The Gallatin School at NYU

Sobre a minha bibliotecaExtremely eclectic, religion and spirituality, like Elaine Pagels The Gnostic Gospels, or The Tibetan Book of the Dead to A Visit from the Goon Squad by Jennifer Egan, and non-fiction such as Bury My Heart at Wounded Knee. And of course all the books I've published!