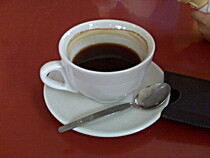 Sobre mimI am, and always have been, an avid reader. I'm a Computer Scientist by background, but am now working in higher education, with an emphasis on learning technologies. I'm married with two children, and I am trying to encourage them to read as much as possible. One of the greatest gifts I can give to my children is a love of reading.

Sobre a minha bibliotecaThese are all books I (we, my family) own. Some are fiction, some are children's books, I have quite a collection of cookery books, and I'm also adding books from my collection at work. I'm still working through the catalogue.