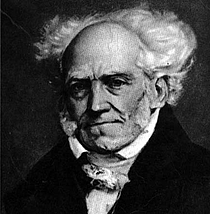 Sobre mimThink of me as an illiterate who has learned how to read, after a fashion, and all will be clear. I read for escapism, I read about topics I don't really understand, and generally about things my B.S. in Business Administration and M.S. in Taxation have in no way prepared me for. In sum, feel free to ignore me. You aren't missing much.

I am grotesquely overweight (240 lbs on a 5'9" frame), have bad teeth and even worse eyesight. I also suffer from bouts of severe depression and am hypothyroid for good measure.

I am deeply pessimistic about the future. I see no real hope for Western Civilization and am trying to figure out a way to get through life as things start collapsing around us. Some might construe me as a racist, but I honestly don't consider myself to be one, and I've thought as long and hard on that topic as I have on any other.

A rather nasty piece of work am I...Schopenhauer as my profile "picture" is just about perfect.

Sobre a minha bibliotecaWhat I've finished in 2009. Or, even better, go here, where I'm tracking how many pages I've read. The goal is to get to 30,000 pages, but we shall see.

My library: A great deal of popular garbage: fantasy series, especially. Also history, in particular of 20th century wars. A bit of philosophy, which I may in fact get around to reading someday. Not that I'll understand it when I do, mind you.

I've decided to review books as I read them only, and not to do any sort of ex post facto reviews. Anything tagged "borrowed" I do not own, and I usually put the source in the "comments" box. I'm not sure what I can say about my rating via the star system, except to note that I don't judge American Gods the same way I do, say, Spirituality in the Land of the Noble: How Iran Shaped the World's Religions, any more than I'd judge a fast food restaurant the same way I'd judge an expensive steakhouse. Five stars for American Gods means I thought it a thumping good tale, not that it is going to live in immortality. And 3 1/2 stars for Spirituality in the Land of the Noble means it had some flaws, but was still fairly interesting as a work of history. It does not mean I'm trying to judge the two books head to head.

Update: I've decided to stop reviewing most of what I read, at least for the present. Quite frankly writing reviews does not seem to help me either with my understanding of the text, or even in retaining what I've read. Or at least that's how it seems. Will see how I feel about the matter in a few weeks.