Here's a link back to the main group read organisation thread with a full series listing and timetable. 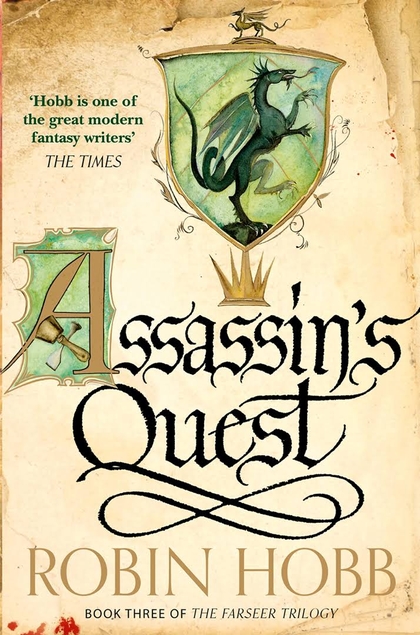 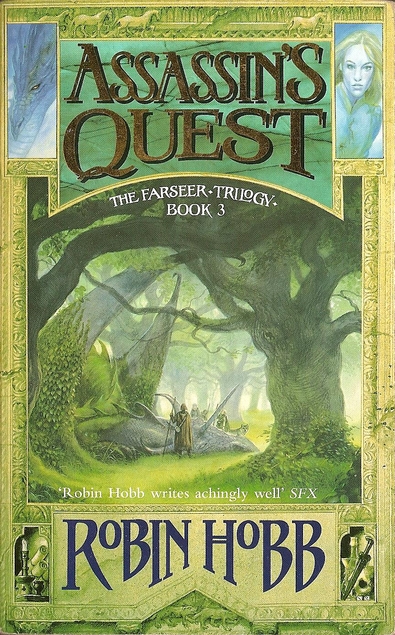 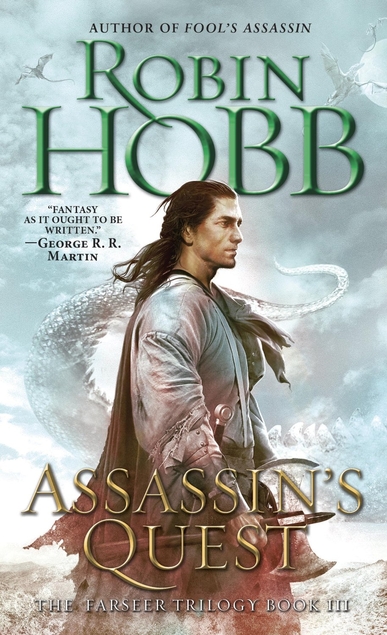 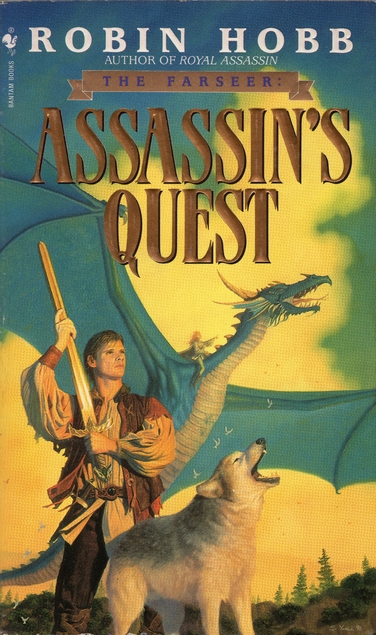 Please use the spoiler tags (<spoiler>spoilery comments</spoiler>) and perhaps also include the chapter in bold so people who are reading along know whether it's safe to read the spoilers.

Woo! I started a couple of days ago and have just finished chapter five. Like the first two, this is a reread of a book I loved as a teenager, but haven't read since, so it's always interesting to see what has changed from my hazy, rose-tinted memories.

I have made a very slow start on this - really struggling with Fitz for the first few chapters (currently up to chapter five).

Some thoughts whilst reading:

Just over half-way through now in Chapter Twenty-One. I started enjoying this a lot more after Chapter Nine

I am waaay behind and have just got upto chapter 10, about a quarter of the way through. This book, like most of the series, is a re-read for me but I think the majority of my memories come from the first book. Though I do remember things happened in the Mountain Kingdom, so maybe when/ if we get there it’ll stir more memories up.

For now, things are interesting but I have to tear myself away as RL is interfering...

ETA well, we got some explanation of Wit, Skill and Old Blood. I hope we revisit that.

ETA: I’ve lost track again, but I think Fitz is about 16-18ish now? We had this discussion before. Does anyone remember?

One thing I was never sure about was the point in time at which Fitz writes the prefaces to each chapter. He seems to indicate he's reasonably old and looking back on his life, especially with all the twinges he mentions but it's hard to be sure.

I suspect Hobb only meant to set this trilogy in Buck with Fitz & associates, but the third trilogy (if I remember correctly) sort of messes up the idea that he's looking back from lonely old age. But I could be wrong; I'll see when I get there.

So, still thinking about ages, if Fitz is about 18, that would make his father mid to late thirties with Patience a bit younger than that. Burrich would be about the same age as Chivalry and Chade might be in his sixties.

Much like Lady Capulet (who is about 28 in Romeo and Juliet) I envisage Patience as about ten to twenty years older than she actually must be but she’s in the prime of life while pulling together the defence of Buck.

And I can’t remember Fitz actually assassinating anyone at the behest of the royal family, in amongst all the welter of action and detail.

I’m about two thirds of the way through now, on the trip up through the Mountains. I like the way Fitz can almost feel the ancient trees.

I had never thought to be disdained by a tree.

And he still has a lot of growing up to do *sigh*:

I accepted their ridicule by sulking manfully. They ignored that, too.

ETA: I’ve got my own little boys. And still one more week of holidays *groan* My sympathy is not with Fitz :0)

Ooh. I found a dragon.

Well, I've finished. I wish Regal could have lasted a bit longer - but maybe he would have turned into another Galen. It just goes to show, when you break past the fear and hatred, there's not really very much there.

ETA : I realise that the time at which Fitz writes the chapter prefaces, it's not much later than the end of the story, so he's maybe in his mid to late twenties? Not so very old.

Sorry, Nina - I totally lost track of this thread.

>8 humouress: I'm not sure about his father's age though - maybe mid 40s (if he'd lived). I could understand that Prudence in her 40s might seem quite old to a teenager.

>11 humouress: 'ETA : I realise that the time at which Fitz writes the chapter prefaces, it's not much later than the end of the story, so he's maybe in his mid to late twenties? Not so very old.'

Yes, I think when I started reading the trilogy I got the impression Fitz was writing the chapter prefaces much later but I wouldn't say more than 5 years had passed putting him in his early 20s. I think it's his focus on his injuries and health problems in the prefaces that made me assume he was much older. I think he feels old and weary in himself but I'm not sure if that's how other people see him.

>12 souloftherose: I formed the impression that Burrich or someone said that Chivalry was about Fitz's age or about 19-ish when he met Fitz's mother. (sorry - must dash)